CiviliNation is excited to announce that Jolie O’Dell is joining the nonprofit as its new president as of March 1, 2021.

Earlier this year founder and president Andrea Weckerle approached the Board of Directors to discuss finding a new leader for the organization. Weckerle spent the past 10 years building CiviliNation into a respected voice in the fight against online harassment, and was ready for someone else to head the organization and advance its mission.

Board members spoke to several potential candidates, with O’Dell standing out from the start. Her combined experience in journalism, technology, nonprofits, and the arts is unmatched, bringing a rich background to CiviliNation.

O’Dell is an award-winning journalist with leadership experience in the nonprofit space. As an editor at Mashable, VentureBeat, and ReadWriteWeb, she was read by an audience of millions every day, and cultivated and supported international teams of young writers.

A frequent public speaker, news commentator, and podcast host and guest, she served as a public face and successful social media personality for these organizations and for the tech industry as a whole.

For the past five years, she has focused on creating spaces and providing support for young performing artists in the Bay Area through her work in the arts community, specifically her nonprofit Magic Circle.

A graduate of Shenandoah University, O’Dell is the author of four books, with a forthcoming fifth in early 2023. She also is writing an opera about queer identities and representation, which will premier at Tulane University in November 2022.

“From my first journalism class over 20 years ago, I have passionately pursued the truth and done my best to convey it to the public intact. As I’ve watched the truth become distorted over the past few years — and watched the public’s confidence in the media erode — I’ve seen a growing need for organizations like CiviliNation. Its mission — blazing a path toward ethical, civil, facts-forward online communication and behavior — is the cornerstone of national unity,” said O’Dell.

“Our communication systems at every level — from national news to Facebook comments — are not simply the product of a political and social schism. They paradoxically also are instrumental in creating it. This sociopolitical chasm will continue to grow, with violent and tragic effects, until we turn en masse toward media and interpersonal strategies that center around truth, fairness, and empathy,” she added.

Weckerle is transitioning to the role of Vice President of Education and Research, and will remain an important member of the Board.

“When I founded CiviliNation, I set out as our mission the goal of fostering an online culture where every person can freely participate in a democratic, open, rational and truth-based exchange of ideas and information, without fear or threat of being the target of unwarranted abuse, harassment or lies,” Weckerle said.

“We take seriously our stand against online hostility, character assassination, misinformation, and violence, and our role in being part of a global movement that’s working go transform the Internet from an environment that’s far too often an insidious playground of harassment and hate to one where people act responsibly and with accountability for their actions and words.”

“That’s why I’m thrilled to have Jolie on board and look forward to her leadership,” Weckerle remarked. “She will bring new energy and ideas to the organization as it enters its second decade.” 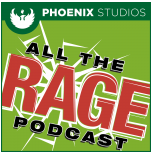 CiviliNation founder Andrea Weckerle is featured on the All the Rage Podcast‘s Episode 7: Internet Trolls. All the Rage is a monthly program in which Drs. Ryan Martin (@rycmart) and Chuck Rybak (@ChuckRybak) discuss different topics related to anger and violence. 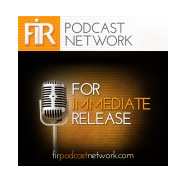 CiviliNation director Kami Huyse is featured in the Create If Writing podcast How to Deal with Critics, Haters, and Trolls.