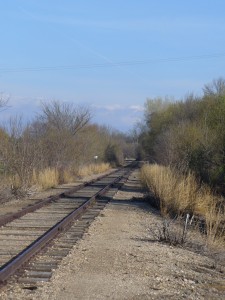 CiviliNation: Tell us what you found online when you conducted a routine search for your name.

Jennifer P:  I am active online both personally and professionally, and have profiles on Facebook, Twitter, LinkedIn, and Google Plus. I work in government relations and am also a governing board member for an elementary school district. Both positions are somewhat high profile and put me in contact with prominent people. I am also a student and have received press coverage for scholarships I’ve won, and have done promotional work for both my college and my university. As such, I try to manage my online reputation carefully. To do this, I have Google News alerts set up for both my name and any organization with which I am associated. In addition, I regularly Google myself to see what might come up if someone were doing background research on me or one of the organizations with which I am associated.

A few weeks ago, I noticed a link on the second page of the Google search results that concerned me. It was a link to MyEx.com with an invitation to view nude photos of me, but I also noted that the link information claimed I was from a different state. This, combined with the fact that the link was on the second page of the search results, made me feel confident that anyone doing a background search on me would not assume that the link was legitimate or associated with me. I did not click on the link or investigate further.

Still, the link bothered me. A few days later I searched again, curious to see if the link was still there. This time the link appeared at the bottom of the first page. I quickly clicked on the images section of the Google search results, and was absolutely horrified to discover that, while the first few images were photos of me from various social networking sites and news articles, nevertheless explicit, faceless, and pornographic images of a female body appeared as well.

I was mortified. Obviously I knew that these pictures were not me. But I also knew that the way the images appeared in the search results, coupled with the link to MyEx.com appearing on the first page, might cause people who did not know me to assume these were of me.

I decided to click on the link to MyEx.com to see if there was any way to get the photos removed. The page had a disparaging description of the person in the photos who shared my name, and multiple photos of her, few of which showed her face. As upset as I was that someone might think the photos were of me, I felt deep sympathy for her. Yes, someone might think these photos were of me, but at worst I had some awkward explaining to do. However, the woman who had the same name as me was violated in a terrible way – the photos were originally taken by her husband and then posted online after a bitter divorce. I felt uncomfortable about the existence of the photos, but I knew she must be feeling betrayed and humiliated because they were actually of her.

CiviliNation: What concerns did you have about your personal and professional reputation if these pictures were discovered and believed to be of you?

Jennifer P: I was concerned that, were someone to come across these photos and believe them to be of me, I could lose future job and scholarship opportunities. I worried that if someone saw these photos and decided they were of me, the photos could be used to damage my reputation in the community and by association, the reputation of the organizations with which I am associated. If that were to occur, I could lose my position on the school board or my job.

While I don’t necessarily think that there are many people out there who are conducting Google searches on me, I  do know that the best way to handle any situation is to consider all possible outcomes. And I know that I frequently conduct Google searches on people for any number of reasons – from background for networking to just general curiosity about people I meet. Furthermore, it is not entirely unlikely that a person taking interest in something happening with our school board might perform an Internet search on board members and, coming across disturbing images like the ones mentioned earlier, might draw the wrong conclusion.

CiviliNation: What did you do when you first discovered the images online?

Jennifer P: I decided that the simplest thing to do would be to contact MyEx.com, explain my situation, and ask that the photos be removed. At the top of the page of photographs, right next to the disparaging comments about the woman in the photos, was a button that said “click here to have these photos removed”. When I clicked it, the link immediately took me to a site that listed three alleged online reputation management companies that charged almost $400 but made no guarantee that the photos would be removed.

I went back to MyEx.com to try to find a “contact us” page or a customer service email. There was no contact information available on the website, but I located an FAQ page providing information about what someone could do to have the pictures removed. This page offered two suggestions: 1) if you are underage, contact your local law enforcement agency, and 2) if you can prove you hold the copyright to the photos, contact a lawyer. Neither of these options applied to my situation.

Based on online research I conducted, I found out that it is incredibly difficult to get these types of photos removed if you are the primary, intended victim. I found stories of individuals who lost their jobs and stories of people who had spent thousands of dollars trying to get photos removed without success. Incredibly frustrated, I decided my best defense was a good offense. I needed to tell people about the photos before people began to assume they were me.

CiviliNation: How did your family and friends, as well as your employer and the school board, react when you told them what had happened?

My boss was an incredible resource, talking me through various scenarios, and assuring me that my job would be secure regardless of any fallout that may occur if the photos were discovered in a way that caused problems. My social network offered to do whatever was necessary to help boost appropriate search results in an effort to push the photos and MyEx.com links down in search results. My family and friends assured me that they would support me as well.

I did not broach the subject with my 10 and 12 year old because I first wanted to see what developed. However, I did have a conversation about the situation with my 16 year old and used the opportunity to talk to him about the concept of sexting, about trust within a relationship, and about not judging someone based on anything other than first-person, personal experience.

CiviliNation: What actions have you taken to try to clean up your online profile and make sure people don’t assume the images are of you?

Jennifer P: I’ve done quite a bit to resolve the issue, and I’m pleased to report, I’ve been incredibly successful. I also think I’m incredibly lucky.

Citing Google’s webmaster quality guidelines, I requested that the company either remove the links or somehow disassociate the images and link from my name. I also came across DMCA Defender, a company that guaranteed it would help remove photos online for a fraction of what other online reputation management companies charge. This organization did not seem to be affiliated with MyEx.com in any way, and while I was skeptical of the guarantee, I decided to try.

Within two days, DMCA Defender had the page with the photos removed. Within a week, the link and photos began to drop in the search results. At this point, there is no trace of MyEx.com or the images in a Google search of my name – although Google now does suggest the state the other woman was from when I enter my name into the search box.

I don’t know how much of the success of ridding the Internet of the photos is due to DMCA Defender, and how much to Google, but I am extremely grateful that the are gone.

Jennifer P.: I had never given the concept of revenge porn much thought before I encountered those images in association with my name. I certainly didn’t think this would be an issue that I would have to deal with in any way, directly or indirectly. I remember when I first began engaging in social media and the concept of sexting first became something people talked about, thinking that I was glad I was old enough to have avoided the entire social media phenomenon during my teen years. It never occurred to me that, at the age of 40, the mother of three, I might have this issue touch my life in any way.

CiviliNation: Has this experience changed how you act online or how you engage with others?

Jennifer P: Fortunately, this experience has not changed how I act online or how I engage with others because I’ve always tried to be careful to behave online just as I would in person, and to take into account that online, I have no control over my intended audience. I always ask myself before I post something online if it is something I would say, do, or feel comfortable explaining in any setting. Along those same lines, I’ve always tried not to judge another person by a single action or by secondary information. If anything, this experience has reinforced my desire to manage my online reputation and to give everyone the benefit of the doubt in all situations.

CiviliNation: What role do you believe the law should play in helping reduce online reputational harm against individuals?

Jennifer P: There definitely needs to be some sort of legal recourse for victims of online reputational harm. The law is far behind the times when it comes to online regulation. However, I understand why it is difficult to craft legislation that provides protections for victims without infringing on the rights of others.

This is a start. It doesn’t address my issue specifically, as the photos were never of me. And it doesn’t get to the problem of websites that post the photos without providing an opportunity for the victims to have them removed. It certainly doesn’t address the problem of victim-blaming that might occur when an individual tries to report the situation to law enforcement. But it’s a start.

During testimony at the first committee hearing, one legislator suggested that taking the photos or allowing the photos to be taken implied consent, and that if an individual did not want these types of photos distributed, they should not take them. Fortunately, in spite of his viewpoint on this, the bill passed through the committee and then the House unanimously.

The bill was ready to be heard in a Senate committee the same week that I discovered the images associated with my name.  I contacted the legislator who sponsored the bill and shared my story with him. I gave him permission to tell my story without my name if the opportunity presented itself during deliberation.