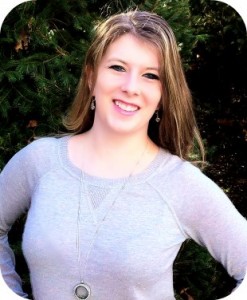 Cia Malone is a 23-year old from Ohio who blogs at Cia Pink Pumpkin. After hearing her story, we asked her to share it publicly. We appreciate her doing so and hope it will help others better understand the devastating effects that online attacks can have on individuals. The thoughts expressed here are hers alone.

Late one night I was on the Facebook fan page of my favorite body care brand, Bath & Body Works. Someone whose name I didn’t recognize made a really cruel and inappropriate racial slur to another person on the page. Not knowing if the commenter was serious, I wrote that I hoped she was joking and if not, that she would hopefully delete what she wrote because it was inappropriate. A moment later someone told me that this was the work of an online troll.

That was my very first encounter with a troll. Before this incident I didn’t even know what “troll” meant. And since I didn’t know what a troll was or how to deal with one online, I made the mistake of continuing to engage this person and fighting back. I quickly learned that retaliating just fuels the fire.

Cia you are such a dumb cunt. I can’t stand you and neither can most of the other posters on the boards. They only play nice with you because they can’t tell you how they really feel or they’ll get deleted. I speak for many when I say you are the laughing stock of the fucking boards and don’t even know it. Nobody gives a fuck about your lame ass outdated blog. You still live with mommy and daddy at 21 years old. You are dumb enough to admit you have to sneak bbw [ Bath & Body Works] bags in the house so mommy won’t chastise you. What a fucking loser.

Still trying to figure out who everyone else in the secret group who hates your guts huh? Keep guessing bitch. rofl

I told you that you have no friends on the bbw forum. You are a snarky self absorbed ocd maniac psychotic bitch with shit for brains. We know all of your personal info all the way down to where you live so don’t fuck with us again or you will regret it. Oh and sharpen up on your investigating skills because you have no clue who we really are but we know all about you. We found you on google maps in Clinton. The store in Canton laughs at you behind your back too btw. Get a fucking clue and go the fuck away. Just die already! Our group makes fun of you every day while playing nice with you on the boards to make you think you’ve got allies. What a dumb fucking cunt you are and we are only getting started baby.

When I got this first message, I felt scared and sick. I had never been spoken to like that before. I had never dealt with this level of animosity from another person.

From that point forward I became the target of this individual. Trying to understand why she acts the way she does, I read over her messages and comments to me and even asked others who know her what’s behind all the ugliness. And the conclusion I’ve drawn is that she finds me and my blog annoying and therefore has obsessively fixated her hatred and negativity on me.

It’s been two years since this started and in that time, my attacker has created a tiny group made up of a handful of individuals who have joined her in attacking me and trying to shut my blog down. They’ve harassed me, threatened me, and posed as innocent individuals under fake accounts to befriend me and join private Facebook groups I was a member of in order to publicize private conversations I had within those groups. They stole content from my blog and, under fake identities, sent me messages about new beauty products that allegedly were going to come onto the market in order to make me look foolish if I published them.

My attackers are primarily women ranging in age from about their early twenties to their late fifties. While I don’t condone the actions of the women in my age group, I’m especially perplexed by the meanness of the older women. The three worst are all close to or older than my mother. If my presence online bothers them, you’d think they would be mature enough to ignore me, stop reading my page, or even block me.

A couple of weeks ago the attacks against me moved from online to the phone.  After listening to a recent message I thought it was really sad that someone has so empty a life that they would take the time to disguise their voice and phone number in order to leave a hateful message. I told my fiancé about the message and he became more angry than I’ve ever seen him.

The phone message was a clear escalation in the harassment and needed to be treated as such. I filed a police report and started the formal process of documenting the actions that have been taken against me for the past two years. In addition to filing a report, I also spoke to my cousin, a detective on a local police force, and he gave me a number of useful suggestions for what to do if the attacks continued or escalated even further.

Dealing with the harassment for the past two years really has taken a toll on me.  Anytime I get an email, a Facebook message, or a comment to my blog, there’s a part of me that is dreading reading it in case it is someone harassing me again. It’s a horrible thing to put up with and frequently leaves me anxious and stressed, like there’s a huge weight on my chest and I can’t breathe properly.

The attacks have also affected me professionally. By copying and stealing a lot of my original ideas, these women have intentionally taken steps to try to ensure that my blog could not grow. During this time period I’ve shut down my old blog and started over again in the hope this time that my content will not be copied. My previous blog was getting 1,000-6,000 views per day, depending on the season and the availability of in-demand content. Now I’m starting over at zero as I try to turn it into a profitable business.

Being attacked because people find me annoying is sad. In general I consider myself a happy, energetic, and optimistic person. Apparently that bothers some people, especially people who are not as content. Misery loves company, and I feel like a decent portion of the hatred comes down to just that.

The media talks about what society can do about this problem.  Sadly, I believe that people like the women harassing me will always exist, motivated by their own anger and ugliness. But while we won’t be able to change others, we CAN change ourselves, starting by modeling the right behavior through our own actions.

I mentioned above that I was not completely faultless when it comes to online incivility, so I am starting with myself. I’ve begun by making an extra effort to reflect more positive emotion in my online comments. Just a few extra words, and maybe a smiley face, can help convey the message the way we intended it. On the flip side, I think when we read things online we need to assume, unless direct and clear insults are made, that the poster had the best intentions in mind. This could help avoid a lot of conflict. Another thing is the good old “write it, walk away, come back and read it before you post it” approach. We all lose our tempers occasionally, and unfortunately online we are often more tempted to say something outrageous than we would say in real life. Walking away and cooling off ensures that whatever is being said is not said out of uncontrolled anger.  Also, while venting can be ok, bashing others is not. This is something I admit that in the past I was guilty of with regard to one of my harassers. If this person continues to attack or target me I won’t feel guilty for venting my frustration about it in private, but I won’t bring myself down to the same level as my harassers and bash them.

Incivility I can handle, and it’s something I’ve admitted to struggling with in the past. But harassment and threats take it to another level. Perhaps after we deal with these extreme forms of negative behavior we can move on to the problem of incivility. Imagine what would happen if every website using ICT had to register with the federal government? What if every month every website was required to turn over a list of every new account registered to their site, every account deactivated, and the IP address of each one? The cowards who hide behind fake accounts and anonymous profiles online would suddenly be revealed.  And much of the online attacks and harassment would be eliminated because people would not want their bad actions be made public.

I understand that some people will consider this a violation of their constitutional rights. But the Internet opens a new realm of possibilities that our founding fathers could never have even imagined, and our government needs to adapt to these new possibilities.