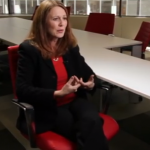 Andrea Weckerle is an American attorney and the author of the book Civility in the Digital Age: How Companies and People Can Triumph over Haters, Trolls, Bullies and Other Jerks. She earned her Juris Doctor at T.C. Williams School of Law, University of Richmond, where she also served on the Senior Staff of the Richmond Journal of Law & Technology, the first exclusively online law journal in the U.S. In addition to her law degree, she underwent extensive mediation training, earning certificates in Commercial Mediation and Conflict Resolution Processes. She also holds a Master of Arts (MAIS) degree in Public Relations/Conflict Analysis and Resolution from George Mason University.

After law school, Andrea worked within the Legal Management Services division of the international professional services firm Ernst & Young, where she helped design, develop and implement comprehensive alternative dispute resolution systems for Fortune 500 companies. During her tenure at the firm, she served on the international team of a high-profile, politically sensitive investigatory review of World War II-era banking records for two international financial institutions and a U.S. state regulatory agency. Prior to founding CiviliNation, she ran her own boutique communications consultancy and also worked with national agencies, where her experience included legal and corporate communications, online communications and social media. 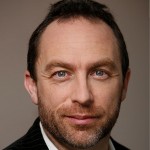 Jimmy Wales is an American Internet entrepreneur best known as the founder of the Wikimedia Foundation, the charity which operates Wikipedia.org. He is also the co-founder of Wikia.com and the founder of WikiTribune, an online publication whose aim is to practice evidence-based journalism via a collaborative process between professional journalists and volunteer community contributors.

Jimmy received his Bachelor’s degree in finance from Auburn University and his Master’s in finance from University of Alabama. He was appointed a fellow of the Berkman Center for Internet & Society at Harvard Law School in 2005 and in 2006, he joined the Board of Directors of the non-profit organization Creative Commons.

In January of 2001, Jimmy started Wikipedia.org, the online encyclopedia that anyone can edit, and today Wikipedia and its sister projects are among the top-five most visited sites on the web.  In mid-2003, Jimmy set up the Wikimedia Foundation, a non-profit organization based in St. Petersburg, Florida, to support Wikipedia.org. The Foundation, now based in downtown San Francisco, boasts a staff of close to thirty focusing on fundraising, technology, and programming relating to the expansion of Wikipedia. Jimmy now sits on the board of trustees of the Wikimedia Foundation, and as founder continues to act as a key spokesperson.

In 2004, Jimmy co-founded Wikia.com, a completely separate company that enables groups of people to share information and opinions that fall outside the scope of an encyclopedia. Wikia’s community-created wikis range from video games and movies to finance and environmental issues. Wikia’s network is now ranked in the top 75 of all websites according to Quantcast.com, and strong growth continues.

In 2007, The World Economic Forum recognized Jimmy as one of the “Young Global Leaders.” This prestigious award acknowledges the top 250 young leaders for their professional accomplishments, their commitment to society and their potential to contribute to shaping the future of the world. In addition, Jimmy received the “Time 100 Award” in 2006, as he was named one of the world’s most influential people in the “Scientists & Thinkers” category. 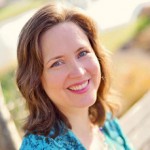 Kami Watson Huyse is a digital strategist, speaker and author. She is the CEO and founder of Zoetica, a digital marketing and public relations agency, and is accredited in public relations. Zoetica has helped hundreds of organizations and companies connect with their customers online, build community, and drive measurable business results. She is the architect of many award-winning marketing programs and has earned two Society for New Communications Research Social Media awards and IABC's Gold Quill of Excellence Award for her work.

She speaks over a dozen times a year at events and conferences across the country on the subjects of social media measurement, influence, strategy and online civility. She is the author of How to Use Social Media, Win Business and Find Influencers and is a contributor to Welcome to the Fifth Estate and the textbook Public Relations Writing: Form and Style. She was the technical editor for Civility in the Digital Age. She has also been a columnist for PRNews, an industry trade magazine, as writes regularly on her blog, Zoetica Talks.

She was named PR Professional of the Year in San Antonio, was recognized for a Social Media award by the Austin-American Statesman, has been named one of the 100 most powerful Women on Twitter by Twitter Grader, one of the 30 top people to follow in PR on Twitter by e-Releases, one of AG Beat's Top 50 Influencers, is a Top 100 Power Influencer in Houston, is one of Cision’s Top 50 Rich Social Media Influencers to Follow, and one of Likeable’s 150 Great Marketers to Follow. She is also the founder of the Social Media Breakfast of Houston (#SMBHOU). Contact her on Twitter @kamichat or via email at kami@zoeticamedia.com. 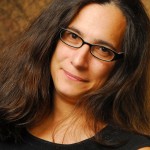 Amy Vernon is an internationally known and respected pioneer in social content strategy and audience engagement and development. She spent 20 years working for daily newspapers around the country and was a member of the 1992 Pulitzer Prize-winning staff of the Miami Herald. An inaugural inductee of the New Jersey Social Media Hall of Fame, Amy was named the 15th-most influential woman in tech on Twitter by Business Insider and Peer Index.

She has consulted on social media and content for a variety of companies and organizations, including the American Museum of Natural History, Verizon and VentureBeat, and has driven millions of pageviews through her work. She is an advisory board member for NewsFundr, a new media organization dedicated to enabling journalists to make a living while exposing important stories.

Amy has been a mentor for Women 2.0, Women Innovate Mobile and Bella Minds, among other organizations, and has spoken at dozens of conferences, including SXSWi, ONA, ASNE/APME, SMX, MobCon, SEJ Summit, and Mediabistro. A graduate of Northwestern University in Evanston, Ill., she lives with her family in New Jersey and owns a very photogenic Siberian husky named Lumi.